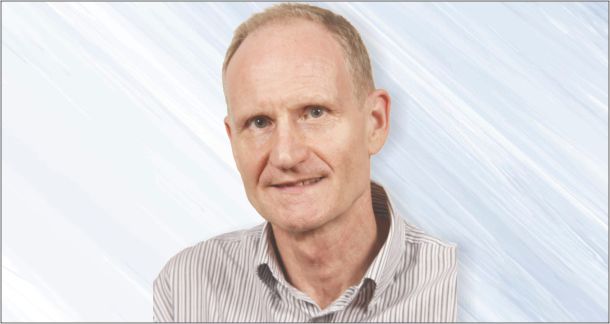 Carotenoids pertain to pigments synthesized by plants. They participate in capturing sunlight energy and furnish the variety of yellow to red colors in fruits and vegetables. Highlighted carotenoids in petfood are mostly linked with immunity support and high antioxidant value. The four health carotenoids concern beta-carotene, lycopene, lutein and astaxanthin. Prototypical ingredients, rather than concentrated additives, serve as carotenoid carriers.
Beta-carotene is named after carrots and provides their yellowish-orangecolor. The intestinal wall of dogs takes up beta-carotene and can convert it into vitamin A. In contrast, cats require preformed vitamin A as they cannot synthesize it. “Carrots as natural source of beta-carotene” is a phrase used in some petfood promotional texts. Immune-health claims for dietary beta-carotene are not substantiated by published research in dogs and cats.
Lycopene is responsible for the red color in tomatoes, lutein is so for the yellow-colored marigold flowers and astaxanthin for the red of krill shells and specific microalgae. Those natural sources function as carotenoid delivery vehicles in petfood. After feeding purified forms of lutein and astaxanthin to dogs and cats, indicators of the animals’ immune responses were measured. The results do not provide solid evidence that lutein and astaxanthin enhance immunity. Data on lycopene are lacking.
Antioxidants may neutralize unstable, reactive molecules (free radicals) and prevent them from doing damage to various chemical, bodily structures. There is no proof that the four carotenoids have antioxidant activity within the canine and feline body. And furthermore, it has not been demonstrated that added carotenoids in complete petfood improve immune and visible health of dogs and cats.

Plant carotenoids are located in chloro- and chromoplasts. They give colors to non-green (parts of) plants, while being masked by the presence of green chlorophyll. Lycopene and ß-carotene are ranked among the carotenes. Lutein and astaxanthin belong to the oxycarotenoids/xanthophylls.

All-trans lycopene (C40H56) is a linear tetraterpene assembled from 8 isoprene units. ß-Carotene is formed by enzymatic conversion of lycopene’s ends into six-carbon rings. Lutein results from end cyclization of lycopene and hydroxylation of each ring. Astaxanthin’s rings have both a keto and hydroxyl group.

Carotenoid contents in plant materials are highly variable as they depend on many factors, including cultivar, growing conditions, harvest time and ripening stage. For the carotenoid carriers in petfood, the average amounts per kg dry matter are as follows: 0.7 g ß-carotene in carrots (1-3), 2.0 g lycopene in tomatoes (4-8), 11.5 g lutein in marigold flowers (9, 10), 20.0 g astaxanthin in the microalaga Haematococcuspluvialis (11) and 0.1 g in krill meal (12).

At an inclusion level of 1%, the plant carriers could bring 7 to 115 mg carotenoid per kg dry petfood. By comparison, 50% corn as base ingredient delivers on average 5 mg lutein and 3 mg zeaxanthin per kg dry food (13-15).

Single, oral doses of pure ß-carotene, astaxanthin or lycopene dose-dependently raised the corresponding plasma carotenoid levels in dogs and cats, with peaking times of about 6 or more than 12 hours (16-20). After daily intake for more than a week, the carotenoids in plasma, including lutein (21), approached a dose-dependent, steady state concentration (16-19, 22-28). Simultaneously, increased carotenoid levels in blood cells and tissues were observed (16-19, 25, 26).

Enterocytes likely absorb the lipophilic carotenoids by passive diffusion, as mixed-micelle components, or by a carrier-mediated process, both routes leading to secretion with chylomicrons. After hepatic uptake of chylomicrons, their carotenoids may re-enter the circulation with very-low density lipoproteins for delivery in extrahepatic tissues. The body can dispose of carotenoids by mitochondrial degradation, urinary and biliary excretion (29-32), thereby enabling a new steady state after changed intake.

In dogs and cats fed purified carotenoids, immune status was assessed by measuring immunoglobulin G (IgG) concentration in blood plasma and mitogen-induced proliferation in isolated lymphocytes. Carotenoid dosing was equivalent to levels of 0, 10 and up to 300 mg/kg dry food. On the whole, the carotenoids had no convincing, immunostimulatory effect. The immune indicators were unaffected, not enhanced by the lowest dose, or displayed a dose-unrelated response.

With regard to the antioxidative potential of carotenoids in petfood, there only are published data on astaxanthin effects in dogs. Plasma concentration of 8-hydroxy-2’-deoxyguanosine, the oxidized derivative of the purine nucleoside, was determined as biomarker of oxidative DNA damage. Supplying dry food with 50 mg astaxanthin/kg dry food lowered the group-mean level of the indicator in one study (28), but raised it in another one (24).