Dog Owners Must Know About Rabies 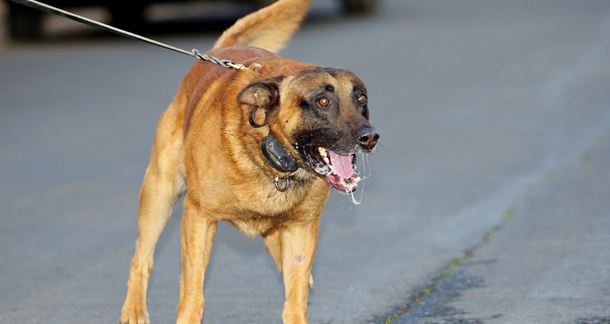 Human beings have always been afraid of the unknown. Whether it was lightning or thunder thousands of years ago, or smallpox in the last century, ignorance of factual information has always led to myths, rumours and irrational fears. At the same time, ignorance of precautions has led to many tragic deaths.

This small piece of communication from The Welfare of Stray Dogs (WSD) attempts to demystify the dreaded and misunderstood disease called rabies, in an easy question-answer format. We would be grateful if you could share this information with your friends.

What exactly is rabies and what part of the body does it affect? (Rabies Symptoms)

Rabies is a fatal viral disease which affects the central nervous system. It causes inflammation of the brain leading to death.

It is transmitted when infected saliva enters broken skin. This means through the bite of a rabbies affected animal, or through its lick on an existing cut or wound. The disease is not airborne and has very rarely been spread by aerosols. It can be spread by all warmblooded animals (especially mammals), but for humans, dogs are the most important source of this infection.

Once the symptoms are developed it is not curable. However, it can be successfully prevented by prompt post-exposure treatment.

What is the duration of the disease?

The “incubation period” is roughly 10 days to 1 year. It depends on several factors including the site of entry of the virus into the body. Generally the closer the bite is to the brain, the quicker the progress of the disease. Once clinical signs appear the disease progresses rapidly to death, generally within 5 to 7 days.

What are the signs?

First there are vague, non-specific signs such as fever, nausea or pain. Thereafter, caning rabies can take one of two forms: “furious” rabies or “dumb” rabies. In the “furious” form there is great restlessness, abnormal behaviour, salivation, weakness of the back legs and paralysis. The dog is hyper excitable and aggressive, biting even imaginary objects. In the “dumb” form, dogs show in coordination leading to paralysis, and want to hide in dark places. In both forms, there are changes in the voice and inability to swallow. In the last state, paralysis causes respiratory failure, leading to coma and death.

Does a dog showing these signs definitely have rabies?

Not necessarily. Of course, if all the signs are present there is a strong possibility of rabies. However, certain neurological or other disorders can also show several of these symptoms. Salivation can be caused by foreign bodies or ulcers in the mouth, or even by poisoning. People also tend to interpret provoked biting as rabid behaviour. Hence diagnoses should be carried out only by experts.

How is rabies diagnosed?

Either clinically or by laboratory examination. For clinical diagnoses the veterinarian looks for a combination of symptoms, at the animal’s history and habits, its attitude towards its owner (in the case of pets) and towards other dogs. Laboratory examination of brain tissue is carried out after death. Blood test (i.e. ELISA) can be carried out on living animals but are not commonly performed. Please remember that a lay person is not qualified to diagnose rabies and may cause much harm by attempting to do so.

Is it true rabid dogs cannot bear the sight of water?

No; it is more a case of being unable to drink water due to painful spasms and paralysis of the muscles, which assist swallowing. This condition also causes salivation, since the dog cannot swallow his saliva.

Do all stray dogs carry rabies?

No. However, they are very vulnerable, since many of them are still unvaccinated and unlikely to get postexposure vaccination after a bite.

Can pet dogs get rabies? Should they be vaccinated?

Yes! Unvaccinated pets who roam freely are at very high risk. Official sources indicate that about half of human rabies deaths are caused by the bites of pets. Pet dogs should be vaccinated every year.

Pet cats should also be vaccinated every year. Neither pet dogs nor cats should be allowed to roam freely.

If I am bitten or licked by an animal suspected of rabies, what should I do?

Act quickly, (A) As soon as possible, wash the wound for at least 10 minutes with soap and water. The importance of washing cannot be overemphasised. It removes 94.4% of the viral particles. (b) Next, disinfect the wound with Dettol, Cetavelon, Betadine or spirit. (c) Consult a doctor and start your post-exposure vaccination course. If any unknown dog makes an unprovoked attack, take the full course. If a known dog makes a provoked attack, take 3 vaccinations at least. In either case, the dog should be observed for at least 14 days. This is because in dogs, death generally occurs within 10 to 12 days after the virus reaches the salivary glands. If the animal shows no signs within this period it is more or less safe to assume that he will not have transmitted rabies.

Can an animal who shows no signs of rabies transmit the disease?

In real life it is extremely unlikely that a dog who shows no signs will transmit the disease. There is a “carrying” stage called the incubation period, from the time when the virus enters the body and stars multiplying, up to the time it reaches the brain and the animal starts showing signs. Transmission during this period has been very rarely observed and only under laboratory conditions.

Can puppies be bore with rabies or get it through their mother’s milk?

They cannot be born with it, but the virus could be found in the mother’s milk. However, puppies of a rabid  bitch are at higher risk through their mother’s licks and bites.

If I am bitten by a rabid animal will I definitely get rabies?

No. In fact, human beings have relatively low susceptibility to rabies. According to statistics, on an average only 1.5-20% of people who have been bitten by proven rabid animals and received no postexposure treatment die from rabies. However, please do not ever neglect your post-exposure treatment. With rabies, you should not take a chance!

What is the rate of human rabies deaths in India?

What should I do if I see a rabid-looking stray dog?

Call the Municipal Dog Squad and ask them to catch the dog immediately and isolate it for observation. Please do not attempt to touch it or kill it.