Make Your Goldfish Live For 15 Years 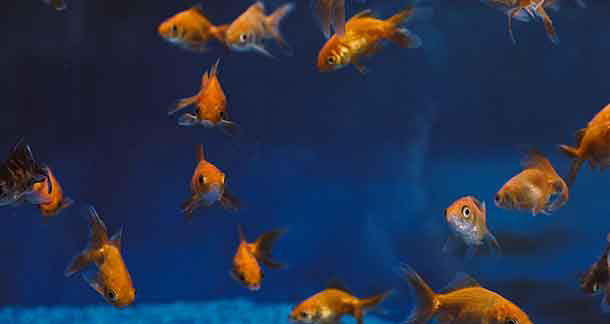 Goldfish! World’s first ornamental fish and today one of the most popular aquarium fish all around the world. 1500 years ago the fish keeping hobby was born and with that came the first selectively bred aquarium fish – Goldfish.

It was first bred, in ancient China from existing carps, as a fish to keep in ponds and water gardens at upper-class people’s homes.  Soon it became a status symbol and a very engaging hobby; later spread to rest of Asia and Europe too.

The longest living goldfish till now is Tish, from the UK. And he lived for 43 years! But maybe your goldfish didn’t even live for a week. But why is it so? Why do goldfish die so easily? This is what we are going to talk about in this article!

Actually, goldfish are bred in huge numbers throughout the world that makes them super common, cheap, and available at anytime. So no one actually bothers about ‘basic needs of a goldfish’, and what we do is, just put in another fish if one dies. No one would do it with an Arowana, but the commonness of goldfish makes it so. However, if you research a bit and follow some basic tips for goldfish keeping, surely your fish may live longer.

So here I have listed some tips to increase your fish’s life span:

Getting your Goldfish diet right is important. Never ever buy fish food that is sold loose as that doesn’t contain nutrients your fish needs. Prefer good quality packed food with nutrition value printed on them. Goldfish are majorly herbivores/vegetarians, you can give them boiled spinach, peas, cucumber, and some other vegetables.  Some will eat blood worms and shrimps. Good food helps in proper metabolism, which in turn leads to a longer life span.

Methyl blue liquid will do wonders for goldfish! It is easily available and will treat primary stage of white ick, fin rot, and other parasite diseases in Goldfish. Whereas, Epsom salt/rock salt will also help in treating white ick and fin rot. When treating a sick Goldfish, make sure not to feed that sick fish; consider removing it from the main tank and move it in a separate vessel for treatment.

You can teach them various tricks like going to the loop, jumping, and following your finger. This will keep them engaged and will also make both of you happy. The happier your Goldfish are, the brighter their colours become!

These were some simple and basic tips that I think will surely help to elongate your goldfish’s life… Wish you best of luck for your new Goldfish!

Shahu Sardar is a fish keeping hobbyist and enthusiast from Pune, Maharastra. He has been in this hobby from the age of 10 and has learnt a lot about freshwater fish keeping. He likes to collect different types of fresh water species and also Aquascape fish tanks. He also runs his own fish keeping blog named AquaNation (www.aquanationURL.blogspot.com), where you can find all fish keeping articles. Soon he is going to start a You Tube channel of his own.