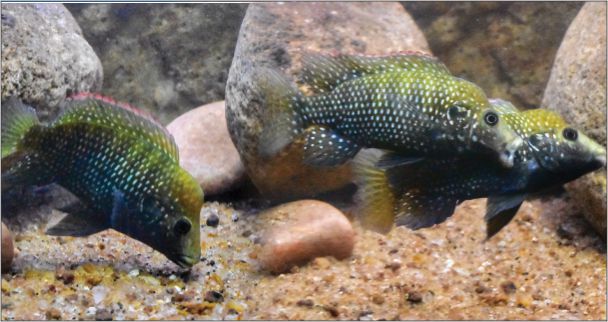 India is one the largest markets for aquarium business and in the past decade it has witnessed an enormous change in this niche industry. Numerous foreign brands such as ADA, Fluval, Eheim and other manufacturers have ventured into the domestic market. This article will trace the growth of the ornamental fish business in the last few years. Introduction to the Global Market In recent years, ornamental fishes have received increased attention due to local and global demand and the consequent growth of trade and the export market. From 1985, the value of international trade in exports of ornamentals has increased at an average growth rate of approximately 14 percent per year. Developing countries account for about two-thirds of the total export value.

The entire industry, comprising of non-exported products, wages, retail sales, and associated materials, has been estimated to be worth around $15 billion. According to a recent survey, about 7.2 million homes in the US and 3.2 million homes in the European Union have an aquarium. Introduction to Indian Market Introduction to Indian Market Atul Kumar Jain, Director of the Rajasthan-based Ornamental Fisheries Training and Research Institute has projected that the market for the domestic aquarium trade is expected to grow to `1,200 crore in the next 10 years as nearly 5 percent of the urban households will consider keeping an aquarium in the future.

More than 100 varieties of indigenous freshwater ornamental fish species are known to exist in Indian waters. Some of these species fetch a high price in the world market and support trade outside the country. On the basis of the nature of breeding, ornamental fishes are broadly classified as livebearers and the egg layers. Mollies, Platies, Guppies, and Swordtails are typical examples of livebearers. Goldfish, Tiger barbs, Golden rosi, Barbs, Koi carp, Gouramies and Fighters are egg layers.

All these statistics put together amount to a domestic aquarium trade of around `300 crore. This is at a time when 1.25 percent of the 7.88 crore urban households in the country have an aquarium at home or at the workplace. (Courtesy: The Hindu Business Line, Published on May 15, 2017). There is a cyclic relation of demand and supply in the domestic aquarium trade. The supply in the form of retail outlets and production units triggers the demand from hobbyists. This, in turn, stimulates the supply. The number of ornamental fish hobbyists is increasing in the country because of reasons such as an increase in per capita income and change in the spending behaviour of consumers who tend to focus more on hobby related purchases. The increase in the number of aquarium retail outlets has paved the way for cheap and easy availability of ornamental fishes and aquarium accessories in the country. The traditional practices of production still remain the major supplier of ornamental fish to the domestic trade with the exception of Mumbai. The number of outlets selling ornamental fish in Bengaluru has increased from nearly 700 to more than 1,200 in the last decade with a monthly turnover of around `1.5 crore.

Opportunities The increase in the number of aquarium outlets and the entry of foreign brands in the Indian market clearly shows that the aquarium business in India is booming. An innovative entrepreneur can earn much higher profits by implementing such activities as campaigning breeding operations with major species suitable for each season for optimum utilisation of an ornamental fish culture facility.

The Marine Products Exports Development Authority (MPEDA), India has launched a subsidy scheme for setting up breeding units of colourful aquarium fishes in various states. Through this new Ornamental Fish Assistance Scheme, MPEDA, an agency of the Union Commerce and Industry Ministry provides subsidy for the ornamental fishery to registered Self Help Groups (SHGs) and Marketing Societies. This measure has been adopted with the aim of facilitating the export of ornamental fishes.

Financial assistance is provided at the rate of 25 percent of the total investment, subject to a maximum of Rs 10 lakh, to explore the huge potential of ornamental fishery as a livelihood option and foreign exchange earner. Earlier, MPEDA was providing subsidy under a three-tier gradation scheme. The maximum financial assistance for a breeding unit was Rs 75,000, Rs 2 lakh and Rs 7.5 lakh under Grade I, Grade II and Grade III respectively.

Threats Many fishes that are not suitable to be kept in an aquarium are being introduced into the hobby. As these fish reach a maximum size limit, hobbyists let them back into the native waters and this is a major reason for the marine and fresh water ecosystem getting spoiled. Even though the government has taken drastic measures to stop such fish from entering into fresh water bodies and the ocean, such fishes continue to pose a threat to the native flora and fauna of the aquatic ecosystem.

* Sundar Rajan is the proprietor of Filial Aquatics based at Madurai in Tamil Nadu. He has pursued the hobby of ornamental fishery for more than 18 years and has been a professional aqua scaper and blog writer for the past 8 years. Credits: India Today, The Hindu Business Line, Mr.VARUNA BAGLODI Technical consultant, OFD, SRO, Mangalore

Note – The article is fully based on the secondary data and articles published by various writers and credit has been given to the person or source.