The Black Beauty, which is his Instagram name totally suits him. We are lucky to have been adopted by him on 23rd April 2019.
He is a little brother to Deo, our two-years-old beagle… and a little monster to him as well!

One fine day, we received a call at 10:30 in the night from a friend asking us if we knew anybody wanting to adopt a Lhasa. He also sent us a picture…… The moment my mom laid eyes on it she couldn’t contain her delight and her next words were …… Just bring him home!
That instant we contacted our friend and notified him that we’d be picking up the Lhasa the next day and were looking forward to including him in our pack. I cannot forget the first time I spotted him ….. He was the most adorable little thing I’d ever seen ….. And yes, it was love at first sight.
Pogo is a blessing to us. It took three days for Deo and Pogo to bond with each other and now they are practically inseparable.
. 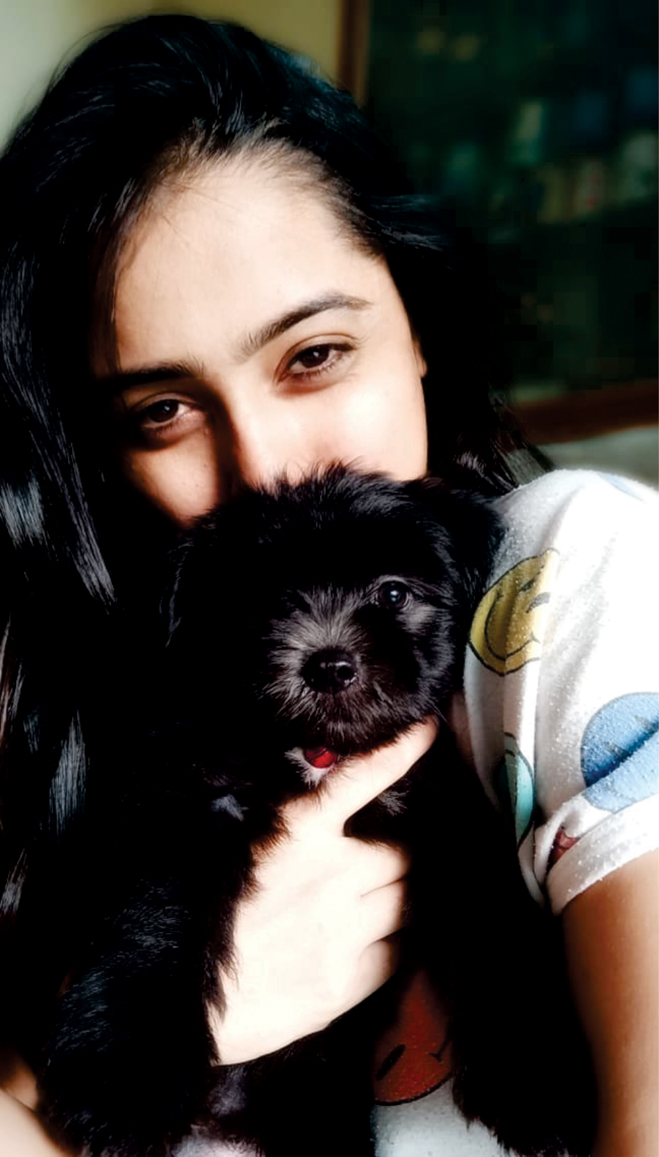 Pogo is a playful little baby running around the entire house …… it’s like possessing a ball of energy wrapped in fur. His favourite spot to snuggle is under the table or next to Deo. He has a small frame so we’ve kept him on Acana food. But his mission in life is to eat food from Deo’s bowl once he’s finished having his own meal.

Deo is not very vocal. If he wants something, he will nudge us with his paw, but Pogo is extremely talkative and expresses his needs vocally. For instance, if he wants food or water or someone to play with him ,he gets into a barking frenzy.
Pogo’s first friend was Deo but he’s gone on to make another friend- Mili the Pug.

Favourite Passtime – Pogo worships food ….. He lives to eat and learnt several tricks within a short span of one month to get treats. He has sharp learning skills and is alert all the time. He loves to pull Deo’s ears and playfully bit his tail. The two revel in each other’s company and I couldn’t have been happier to have them as part of my abode.