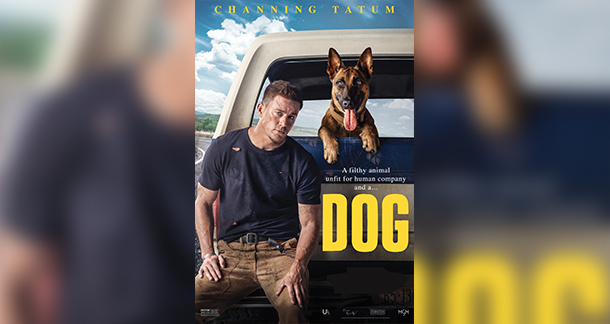 Channing Tatum making his directorial debut with the film ‘Dog’ along with his long time friend from Magic Mike Reid Carolin. The filmis  animal-centric  as it revolves around the legendarily difficult pooch named ‘Lulu’. The trailer shows a solid blend of comedy and drama. Army Ranger Briggs (Tatum), who is assigned  the task of taking  Lulu on a road trip to attend the funeral of her handler, Riley Rodriguez (and fellow soldier). Briggs and Rodriguez both were injured in an explosion while serving abroad. Though Rodriguez was cleared to return to duty before he died;  Briggs was denied.  Briggs’s only chance to prove himself and get back to serve the nation was by taking Lulu on a 1,500-mile trip from Washington state to southern Arizona. Lulu and Brigg stared at the picaresque scenery, as they drive through the Pacific Northwest, the duo encounter Oregon’s weed-growing residents. When Briggs and Lulu reach San Francisco, Brigg tries to get free accommodation by pretending to be a blind veteran with a hero dog.

Their journey was not an easy one as they drive each other crazy, but in the end they let down their guards in order to have a fighting chance of finding happiness and peace. The most moving lines quoted by Channing were ‘Don’t kill the dog’, “We love dogs over here, it’s one of those things, no one really wants one of those movies. I think that’s one of those deadly sins.. kill the one thing that everyone loves in a movie. Just don’t kill the dog- you can kill almost anyone else.” Channing Tatum will make you believe in Dogs.