The Kitty Book Of Genealogy – Do Not Underestimate Her 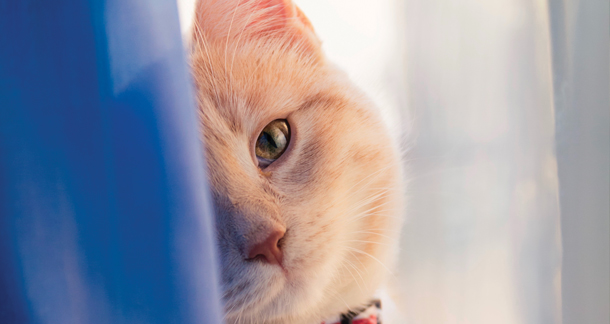 The evergreen association between cats and humans goes back to over a thousand years. Today we have quite a lot of evidence from fossil records of early human settlements that shed light on the inextricable links between cats and humans although most of the cats in these cases are thought to have been wild in nature.  Among the early humans, the Egyptians were formerly thought to have been the first to resort to the taming of cats some 3600 years ago as is evidenced by the presence of the skulls of cats being found in Egyptian cat burial grounds.  However recent evidence now suggests that the domestication of the cats most probably took place even earlier than this, some 10,000 years ago as humans settled down and began to cultivate grains. Evidence in this regard from an area in Israel that is also referred to as the Fertile Crescent indicated the presence of cats and it is assumed that cats played a role in controlling rodents in grain stores of this area. Moving on further, there is also a more authentic report of a first domestication of cats some 9,500 years ago from Cyprus where a cat was found in the grave of its possible owner.

The positions that cats occupy today in our society was earned over a time with quite some effort! They have over the centuries held respectable positions in Middle Eastern and Eastern society.  The ancient Egyptians revered them, going on to even build exclusive cat cemeteries as evidenced by well documented archaeological records and the discovery of a cemetery exclusive for the cat clan at Beni-Hassan holding over 300,000 cat mummies. If this was not enough, the Egyptians even went further, revering cats through their deity Bastet, the Egyptian goddess of love, who had the head of a cat. Matters did not stop there, the Egyptians ensured that reverence towards the cat was enforced in society and a conviction for killing a cat in Egypt most often led to a death sentence for the offender. The Romans also kept the cat on a pedestal, equating her with the highly priced value of liberty and in the far East, cats were valued for their skills against rodents that were many at times culprits in destroying valuable documents. This varying degree of reverence and tolerance towards the cat was however not the  norm in Middle age Europe; here things were different and cats were associated with witchcraft and black magic resulting in quite a lot of them being killed in an attempt to ward off the ill effects of superstitious beliefs.

There are varying opinions about the origins of the domestic cat. However many scientific papers point to the fact that our modern cat, all over the world,  has genetic material – or DNA – that is almost very close to that of the wildcat species that is referred to as Felissylvestrislybica, which makes a strong statement for this species to be held as the origin of our domestic cats. On the other hand results of analysis of the genetic material of other small cats such as the European Wildcat  (Felis sylvetris) or our friends from Central Asia and the Southern parts of Africa do not reflect this similarity of genetic material that was seen with Felissylvestrislybica, rather these species are distinct and unrelated.

Our oldest relic Felissylvestrislybica are still seen in areas of the Savannah where they are mostly nocturnal in behaviour and solitary. This species has striking similarity to our domestic tabby cats, thought their coats are lighter and have a more sandy appearance and because of the very close relations with the domestic cat (Feliscatus) both can interbreed with resulting fertile offspring. Native cat populations are found all over the world except for Antarctica, Australia, New Zealand, Madagascar, Japan, and most oceanic islands.  As a rule they are all grouped under family Felidae. Animals in the family Felidae are generally solitary in nature, except for the lions which live in groups. All except the large cats are very good climbers and swimmers.  The felids are, as a rule, categorised into two subgroups, the large cats and the small ones. The small cats are unable to roar because their hyoid bone – Generally, small cats don’t roar, because of their hyoid bone is hard. This is a small Ushaped bone just above the thyroid gland. The Felidae family consists of three genera, Panthera (cats that roar – lions, tigers, leopards, snow leopards, clouded leopards and jaguars), Acinonyx (the Cheetah) and Felis that includes all the other ‘small’ cats. The domestic cat (Feliscatus) holds the distinction of being the most recently evolved species within the Felidae family. There is great similarity among all the cats  with respect to their faculties of hearing, sight and smell as all them them evolved as predatory hunting mammals; infact they have the distincition of having earned themselves the position of being the most highly developed carnivorus hunters among the mammals. They are fussy about their territories, marking their own areas through scent. And coming to differences in appearances between the sexes, cats of both sexes are very similar in appearance, except for the lions where males are endowed with beautiful manes.

Kitty Today in All Her Splendour!

Today as we know her, our own domestic cat was first called Feliscatus in 1758 by Carolus Linnaeus, and although this name is still widely used many scientific reports point to strong evidence that suggests that the domestic cat should really be regarded as a sub-species of the Wildcat – i.e. Felissylvestriscatus.  Our own kitty in all her splendour has actually come to being as a species through wildcats living closely with humans though this close association is not on similar lines of so called ‘domestication’ in the same way that dogs and other animals have been domesticated. During this close association, she has not undergone any drastic change with respect to her general form and behaviour per se and both have a lot of similarities with her wildcat ancestors.  She still retains many similarities with her wild ancestors, being quite capable of surviving in the wild and if forced to, could even revert to a wild existence.She carries with her quite a number of ancestral characteristics such as being able to survive on very low water intakes by producing urine that is more concentrated, producing relatively dry faecal material to minimise water loss and so on. They are also very heat tolerant and can refrain from exhibiting any signs of discomfort till their skin temperature gets over 52 °C in contrast to mere humans who would  not be able to tolerate even more than 44oC! That’s our amazing little friend, Kitty, our own domestic cat, beneath her unassuming demeanour, she’s made of better things and is as strong as steel. Here’s a toast to all our cat friends!

Importance of Spaying and Neutering in Cats

Fatema  SiamwalaThis is first of the two part series on cat keeping.  Every cat parent wants to be the BEST cat parent but do you know what it takes to be the best? Here are the top 8 things every cat parent must be aware of: 1. FOOD & WATER We all want our cats...
Read More

Keeping Her Neat and Tidy – The Kitty Guide to Perfection

By Dr Reeja George*Cats are incredibly meticulous when it comes to hygiene; they are fussy about this aspect and spend endless hours engaged in such activities. The meticulous habits of cats were documented by Francois-Augustin de Paradis de Moncrifa, member of the...
Read More

Dr. Reeja George P.*Socialisation, or introducing the kitten to its social world, usually lasts for six weeks from the second week of life of the kitten to the eighth week.  This is a crucial period in the developmental phase of the kitten’s brain and early influences...
Read More