“Communication is to a relationship, what breathing is to maintaining life”     – Virginia Satir.

Looking from the human world, where our communication appears to be verbal mostly (it actually is not, with experts saying that 93% of all human communication is non-verbal), it would appear that our canine companions rarely talk! Apart from the occasional bark, whine or growl, you hardly hear them speak like we do all through the day. But this is a misconception brought about by our inability to understand the fantastic language of dogs. The language of dogs, for that matter, rarely uses any sounds, but is more of using their body to convey the message. 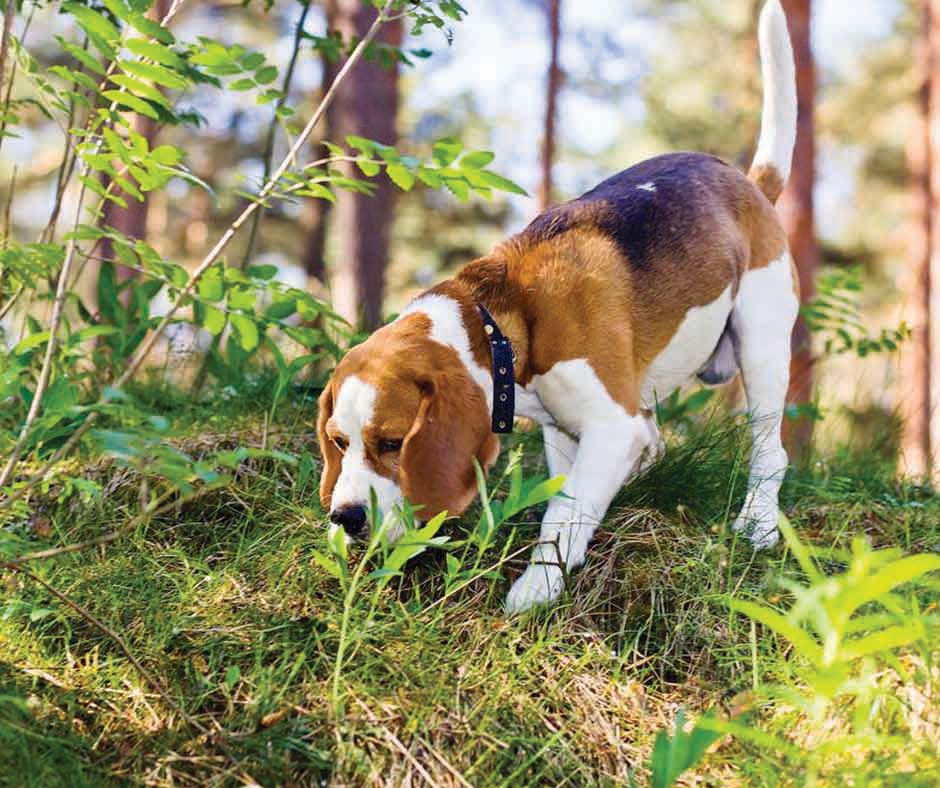 These  messages are mostly communications of emotions or intent. Like humans, dogs are extremely social animals and their social interactions would fall apart in the absence of clear communication. Equipped with teeth and jaws, sharp and strong enough to tear each other apart, it was vital that the dogs evolved a language to understand each other perfectly, so as to avoid conflict and harm and to maintain peace.

If your dog is getting ample walks and outdoor times with you every day, then it’s almost impossible for it, not to come across another one of his own species. Many a times, this puts the owner at a predicament as to what to do in those situations. When let to meet other dogs, it is also not uncommon to see dogs lunging and barking at each other, or an interaction that seemed peaceful to the owner suddenly turn into a fight. Sometime, it is their own time of talking and understanding, which makes the owner feel that they are fighting! Such perplexity! These experiences make many owners not take their dogs out at all, restricting them to a life of boredom inside their homes, or compounds. It is sad for a dog to be deprived of free runs and walks like that, because they have evolved for some amount of rigourous activity every day and they have an inherent need to smell and explore a wide range of environments. A lack of playful opportunities leads to a making it  a doleful dog, which is exactly not what the owner had bought it for. A dog is bought to bring joy to the individual or the family, and if it too is frustrated, then who would be responsible bringing a peaceful homeostatis? It would get more vexing to see aggressive and unfriendly dogs with the already bland and stressful life of humans.

Unlike in a natural environment, where it is allowed the full range of motion, your dog is restricted in his potential movement, when on a leash and hence it becomes additionally important that you as the owner do not put him in situations where he doesn’t want to be. The intention of this article is to help you make the right decisions regarding whether to let your dog socialise in his own community, by understanding their ways of communication.

Just like an energetic baby cannot be locked up in a room so that it doesn’t get hurt or does not not lead to any accident; a dog cannot be caged either to avoid any fights or mishaps in the environment. Isolation is the way to depression.

Anyway, meeting another dog should not be the highlight of your dog’s walk. Its time to go out for the daily walk should be like the best opportunity for you to bond with it and understand its behaviour. That exclusive time with you is what your dog should be looking forward to. If it is not the case, you should consult a canine behaviorist who can help you bring your dog’s focus back on to you.

Dogs love peace. If asked what the most common behavior among dogs is, the answer is ‘Avoidance of Conflict’. Dogs go to great lengths to make it clear with each other that they intend no harm. They have an elaborate vocabulary of body signals by which they do this. You can see many of these signals in action if you observe two dogs approaching each other, and the most common ones are listed below:

Two dogs engaging in direct eye contact are either about to fight or are in the middle of play; and obviously these two looks can be noticed to be very different. Dogs make conscious effort to avoid direct eye contact when they meet and greet each other. This action might be performed just by diverting the gaze to the side or down, or by a slight turn of the face to the side. This tells the other dog that he intends no harm.

Curving of the body:

You can tell a lot about the mood of a dog by observing its mouth and lips. A closed mouth with tight lips is a reason for concern, as the dog is clearly not relaxed and is feeling nervous, confused or unhappy. That said, a dog would close its mouth while inspecting another dog up close, but the mouth would open within a few seconds once the inspection is done. So if you notice either of the dogs not relaxing and keeping their mouths shut, you should pay more attention to the situation.

A tight body, with tightened muscles is the clearest indicator of extreme unease among dogs. It is also an indicator of an imminent action, mostly an attack. A loose body with relaxed muscles and swingy movements shows that the dog is comfortable in the situation.

Dogs indicate friendliness by the quick wag of their tail through the duration of the initial interaction. If the tail of either one goes stiff, it could be an indicator that the dog is not enjoying the interaction anymore or is getting stressed about the situation.

Sniffing of the ground:

When two dogs approach each other, it is quite often seen that one of the dogs would act as if it is sniffing the ground, which is usually reciprocated by the other dog too. This again is one of the signals that come under a wide range of behaviors, commonly classified under the name ‘Calming Signals’. The intention of the behavior in this context is to convey that there is no intent to harm.

Along with the above signals, two dogs would exchange a host of other calming signals during their approach and after. They include quick nose licks, gentle eyes with lots of blinking, yawns, look-aways, chomps and so on. These signals are to be read in context only and in a dog to dog meeting, they are used to indicate the lack of any intent to harm and also as requests to give space or to slow down the approach.

When two dogs who know each other meet, the above signals are also accompanied by a host of other signals indicating submissiveness or dominance, depending on how they consider each other in status. For example, a dog which is submissive to the other would wag its tail fast but at a lower level, I.e. close to its body; whereas a dog higher in status would hold or wag it once in a while, keeping it high. Also, depending on their level of submissiveness and confidence, the dogs can lower their entire body to the ground or even roll over and expose their belly to the other dog. It would also allow itself to be sniffed in the ano-genital area and possibly all over, by the other dog. A lot can be understood about the social status of two dogs by the way they approach each other.

As important as it is to notice the friendly intentions during these interactions, it is equally important that one keeps an eye for the signals either of the dogs give, indicating that they are not interested in the interaction. A few of the most obvious and easily detectable signals are listed below:

A snarl is the curling up of lips to show the entire front row of teeth to the other dog. This is a clear indication for the other dog to stay away. A snarl may or may not be accompanied with a growl and it can even be just a flash, instead of a steady display. It is super important that an interaction is ended if either of the dogs  snarl.

Tightening of lips, with the corners of the lips moving forward is an indication that the dog is giving a clear warning. It is usually accompanied by a low growl. It clearly tells the other dog to stop doing what it is doing or there will be bad consequences. If your dog is on leash and unable to get out of the space, it is your duty to allow it the space to retreat.

Wrinkling of the snout:

Wrinkling of the skin above the snout (nose) is another indicator that the dog is not liking the interaction and is a signal to stay away or back off. As with the above signals, it is wise to end the interaction if either of the dogs resort to this.

A dog that is done with an interaction or wants to avoid one would usually display it by leaning away from the element of discomfort or even turning its back to it. On a leash, this behavior might be restricted and the dog might just end up pulling on the leash in the opposite/sideways direction. It is important that you pay close attention to this, so that the dog can avoid the interaction all together.

Combined with the previously mentioned signals like stiffening of the body and tail or direct stare into the eyes, the above signals indicate that the dog displaying them is unhappy with the situation and is thinking of resorting to the next steps to end the interaction. It is extremely important to notice these and help the dogs end it peacefully, especially if they are on a leash and need to depend on the humans to get away.

It is evident from the above lists that dogs require a wide range of motion to communicate effectively to their counterparts to avoid a potential conflict situation. This is one of the reasons why dog to dog meetings on leashes are not recommended in the first place.

Yet, it is impractical in the real world to totally avoid a dog meeting another dog on a walk, where leaving them off-leash won’t be possible. So, the way out is proper care and attention during on-leash meetings. This means that they should have ample length of the leash available for moving around, sniffing the floor, etc. and also that the leash should be slack enough to allow them to perform the behaviours. Hence, it is vital that the both the dog owners keep the leashes slack and allow ample length.

Most of the signals mentioned here are used by dogs to communicate with humans also, conveying more or less similar intentions and emotions. They might not be detectable at first for the untrained eye, but with observation and practice, it is possible for any pet parent to notice them and understand the beautiful language in which dogs talk to each other and to us.

If your dog is fearful or reactive to dogs or has a history of aggression or bites towards others of its kind; it is important that you avoid getting him to meet other dogs. Another important thing to keep in mind is Consent. If the other owners are comfortable with your pets’ socialising, then only should you let them continue.

Getting a fearful or aggressive dog to meet other dogs WILL NOT cure the problem. It would usually make things worse and also can end in a dog fight and injuries. Get the help of a certified canine behaviorist to assess your dog and solve it for you.