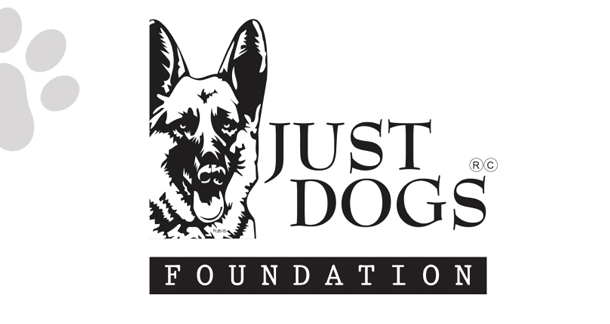 With the recent pandemic, life of people around the world has come to a standstill. The deathly virus affected not only humans but the lives of many strays as well. Earlier the most common issue faced was abandonment of animals due to fear of transmission of the virus. This rumour led to a lot of stress and fear among the animal community. Second big issue was surrounding the strays, as they are animals dependent on leftover food found on streets. But with restrictions on shops and shutting down of eateries, they were left without any food.

At such an unpleasant time, Just Dogs Foundation, proved to be a ray of hope by providing support to the animal community by constantly providing food to strays in close vicinity to their stores and franchisees to help solve the problem of starvation. This activity also encouraged various pet owners to provide food and water to strays around their homes and care for them.

Realizing the impact of their initiative, Just Dogs Foundation has proudly teamed up with Zomato Feeding India, Food for Paws to provide food support to 35 million neglected strays in India so that they can receive proper care and adoption facilities. Food for Paws is a massive first of a kind national movement hoping to bring people from across all communities together to raise awareness and take action towards the cause of feeding and caring for strays.

Most of these dogs and cats either scavage for leftovers or depend on dedicated feeders to provide them with food for survival; not having anyone around has really proved to be stressful and problemsome for them. With these leftovers, they barely receive any nutrients and suffer from various health issues as well. Moreover, Just Dogs wanted a change in the way people behave towards stray animals and let people give them an equal opportunity to receive nutritious food.

In the words of Mr. Ashish Anthony, Founder & Director, Just Dogs, “Stray dogs being scavengers depend on leftover food found on the streets to survive, which does not prove to be balanced enough for their nutritional requirements. Generally, most people end up feeding them biscuits or boiled rice and roti, which can lead to health issues at times. So, we at Just Dogs Foundation have been feeding strays near our vicinity either a portion of balanced dog food or a mix that contains dog food, which comparatively helps strays have a decent life as they too have a right to lead a good and healthy life. Just Dogs supports the Food for Paws movement as we would also like to do our bit to contribute to giving strays a good and healthy life that they deserve.”

Since the lockdown began, there has also been an increase in abandoning of pets due to lack of availability of medical services and foster homes. Just Dogs Foundation has been providing care to such abandoned dogs as well till the dog is in good health and ready to be adopted. They have also been making use of wide audience on their digital channels to constantly provide right information and encouragement to do the same.

Just Dogs Foundation has been actively organizing and providing help to the Indie dogswelfare community, especially, during the lockdown period and Zomato Feeding India being one of India’s largest non-profit organizations, together are on a mission to end hunger and provide the care and support that stray animals deserve. Through these efforts, they aim at providing daily food support to a number as big as 100,000 dogs and cats by 2021.

Moreover, despite all the hardships faced, Just Dogs Foundation has proved to be a channel of hope, love, and pure joy in the life of many strays and has also brought about the much-needed change that has inspired others locally to do the same.