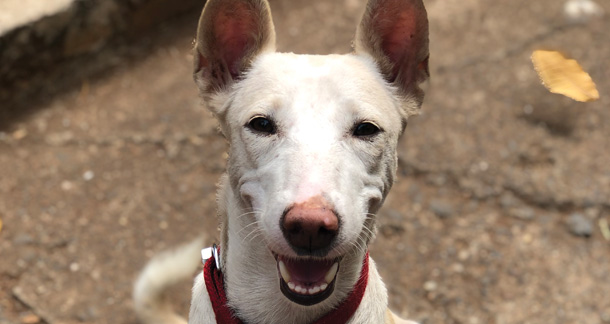 Too often, we underestimate the importance and power of good photos. You see a photograph of a dog, stranded in Bombay floods and it makes your heart wrench, it makes you want to do something. The photos that I am talking about may not be as serious or deep in meaning, but they definitely matter. I have been photographing streeties that have been rescued for a while now and can assure you that great photos make a big difference in helping them get adopted and finding their forever homes.

To be very honest, I didn’t quite understand the importance of ‘good’ photography in adoption, until I did a photoshoot of a litter of 8 indie pups!

A malnourished, battered dog was found scurrying across Kemps Corner. Poor thing was so scared, trying to run across the main road. Not too far away, a kind wonderful human being, Aditi and her mother saw her struggling and were able to lure the dog into their compound with some biscuits. The dog was weary but enticed by the smell of food, slowly followed the mother-daughter duo. They fed her food, after which, they came to know that the dog was pregnant.

They knew that it was their responsibility to take care of her and help her get her babies adopted. Not long after, she got a name – Biscuit!

Biscuit developed a relationship with Aditi and her mom rather quickly! After all that they had done for her, she knew that she could trust them. They made all the preparations necessary to make Biscuit comfortable for her birth, including building her a whelping box in her favourite place in the house.

Every day was another day closer to the birth. Biscuit decided that her favourite cozy little space of her own was the corner of the office. Shegave birth, just as Aditi and her mom reached office in the morning. She waited for them to arrive and delivered all 8 puppies beautifully, exactly 5 minutes after they reached!

She showed herself to be one hell of a kickass mom right from the start!

Aditi and her mom are wonderful, warm hearted and selfless people because of whom Biscuit and her babies’ lives changed! If it weren’t for them, these adorable little pups below wouldn’t have survived!

Now, without further ado, let me show you the photographs of these little puppers!

As sad as it is, Indies generally have a much lower adoption rate than other dogs. Since they aren’t purebreds and most often than not, have a traumatic childhood, people find it difficult to adopt them.

BUT,the times that we’re living in today, people are starting to understand that these same Indies are smart, resilient, andvery entertaining. So let’s celebrate the fact that ALL EIGHT OF THESE PUPPIES GOT ADOPTED!

It’s been 6 months since these puppers have been adopted, and I often get updates about them. They are living their BEST LIVES!

Huge open spaces to run in and families that shower and spoil them with love. As for Biscuit, she’s become the queen of her household.

She and her brother Mowgli have become inseparable!

* Author is the owner and photographer at Pawparazzi. She has a bachelor’s degree in filmmaking with a specialization in Photography. She started Pawparazzi in 2017 and in July 2020, she was voted as one of the TOP 25 PET PHOTOGRAPHERS IN THE WORLD!